It is only when I want to draw some inspiration I inclined towards spirituality and religion. I am a Hindu but it is always the other religions I draw my inspirations from. We have so many religions that it is tough to cherry pick which one would inspire me today. No religion offers bad teachings, however due to some disturbing elements in society Islam has been looked with distrustful eyes. At times, a dimension of Islam that is Sufism has brought solace and inner peace to me so, I have all good things to say about this religion. It is not Islam which is inspiring me today but Buddhism. I have to admit that I am sort of biased towards this particular religion and I have no specific answer to that. Umm. may be I do. The whole protocol of this religion inspires me in a way that I start feeling disassociated with the materialistic life (that’s a different thing that I rebound to same materialism once I’m overfilled with spirituality). I have been fortunate enough to visit many (like really many) Buddhist Monasteries in India and abroad, some even too difficult to reach!! but I don’t get bored of them. I don’t see them as temples or tourist sites but for me they are more of places I look to relight myself.  India being an ally of Tibet is quite influenced by Buddhist culture so it’s not tough to find a Buddhist Monastery.  From the time I have started visiting them , the enchanting aura of the Buddhist temples, the monks in red-orange robes, the perfumed incense sticks, huge idols of Buddha, the Golden etched pillars and lots of open space for meditation has always called me back again and again. I have been to so many Monasteries that the whole scene is like engraved on my mind.

Last Christmas, I went to the Monastery in Mcleodganj also called as ‘Little Lhasa’ as it is an official residence of Dalai Lama. And the moment you enter the temple you are filled with the tranquility. I just sat there for two hours and meditated (only I didn’t levitate). I like the Buddhist idea of praying or remembering God in utter silence unlike other religions where there is not much quiescence you’ll find in a public place, even in my religion, we celebrate God with more music and dance, it’s a more grand affair. However, Buddhism teaches you that the God is nowhere but inside you so shut up and listen to your inner self (atleast for some time). 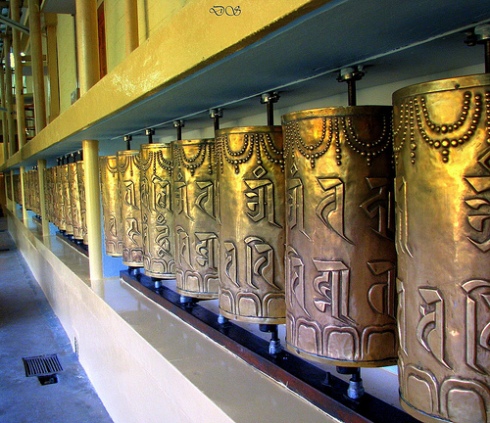 It’s my time to just sit back, put some Buddhist chants on my phone and let the images of it flow in my mind.

Adventures and Misadventures in Boulder, Colorado