It’s been long since I last wrote. Think bad weather in Delhi was dissipating ideas from my head but finally God saw my misery and it poured!. And it didn’t just pour but it poured and poured so much that it caused flooding in my garden area. Nevertheless, I love rains, some magical drops of water and it revives the whole environment around. After today’s shower the withered plants are rejuvenated, the scrawny stray dogs got resuscitated and are walking again rather than sleeping like half dead under the cars and here I, once again with recharged brain, sitting by my window with a cup of coffee and reading interesting blogs by fellow bloggers.

The beautiful weather gives me an opportunity to take few clicks of my flooded garden area. 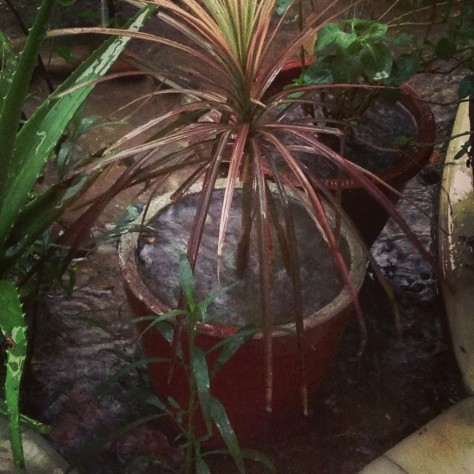 Come for Adventure. Stay for the Ride!